“Women need real moments of solitude and self-reflection to balance out how much of ourselves we give away.”
– Barbara De Angelis

So much planning. So many things to take care of before leaving. Being a single mom of a daughter and a pooch, I’ve got to make sure all of my ducks are in a row before heading out on a solo trip.

Traveling? Solo? Why would anyone want to do that?

Because sometimes you have to step out of your comfort zone.

Because when you are an entrepreneur, and the caretaker of everyone in your life, and it’s been a while since you’ve had serious alone time outside of bathroom breaks and grocery store trips, time alone sounds damn good.

Two years ago I took my first solo trip. I traveled from Atlanta, Georgia to Houston, Texas (with a side trip into Austin). What I discovered changed how I think about solo travel.

I masked this trip as a “home search” trip. I was thinking about moving to the Lone Star State. I didn’t actually look at any homes, but I did drive through many of the Houston suburbs. But looking back, it was really a soul searching vacation. Much needed quiet time to reflect on everything that had happened in life up to that point. So many things.

But traveling alone? That’s kind of weird right? Whenever someone says they went on a trip, one of the first questions is usually “who did you go with?”. Most people – especially women – usually travel with a buddy. It’s valid. The thought of solo travel usually brings up feelings of anxiety or thoughts about safety. How will you spend your time?

I answered all of my own questions by the end of this trip, and it was worth every moment.

I hopped the plane to Texas and picked up a rental car. If I was doing this, I knew I was going to make the best of those 5 glorious days. Three days in Houston and 2 days in Austin.

The Experience Is What You Make It

As I checked into my first Airbnb, in a lovely area south of Houston called Pearland, my nerves crept in and almost convinced me to stay inside, do a bit of work, and wait until I had an excuse to leave the house.

My hosts had 3 extra bedrooms in their large home that they rented out for Airbnb, so I also got to meet other guests. That was different. One of them played the piano and serenaded us every morning and evening. I chatted with my hosts in the morning as they offered up free coffee and snacks.

But I didn’t go all the way to Texas to sit in an Airbnb.

As lovely as my hosts were (this was literally their second income), I had to grab my map and push myself out the door into the Texas heat. I spent most of my days driving around Houston, checking out the tourist areas and getting to know the different neighborhoods – funny enough it reminded me of the Atlanta Metro area – and I got more comfortable exploring this place I had never been to.

Before I knew it, over the course of my first few solo days, I had traveled the entire Houston Metro area. I forced my introverted self to strike up conversations with locals, which was actually pretty easy once I realized I would likely never see these people again, so it didn’t actually matter what they thought of me.

I spent the days touring places like the Galleria Mall – it is so big (cause everything’s bigger in Texas) it has an ice skating rink – and my nights were spent out at restaurants (gasp, I ate alone!). 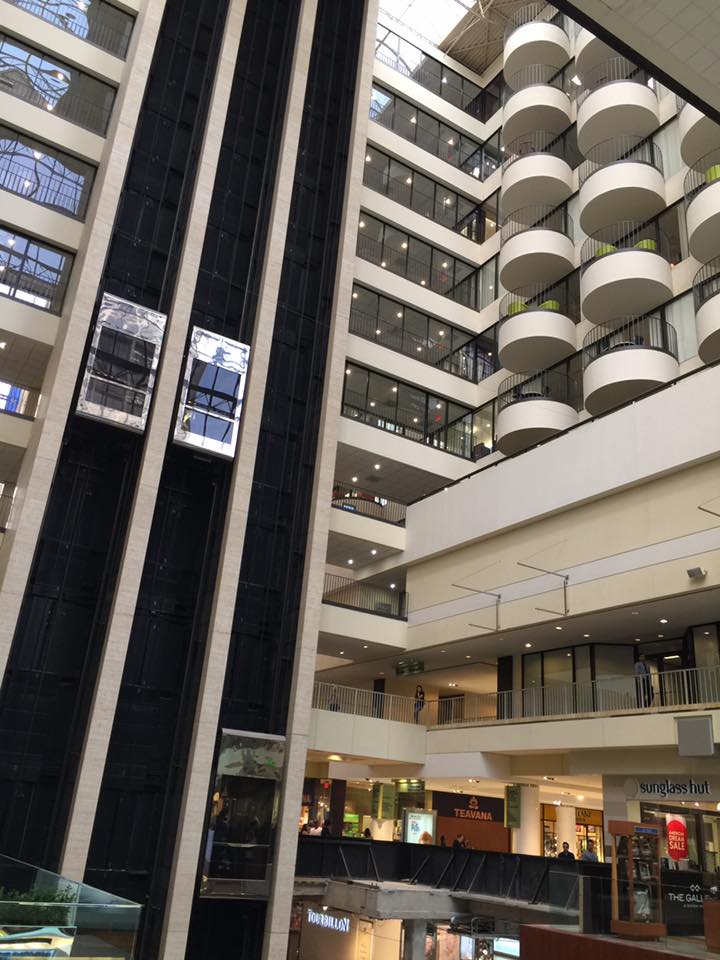 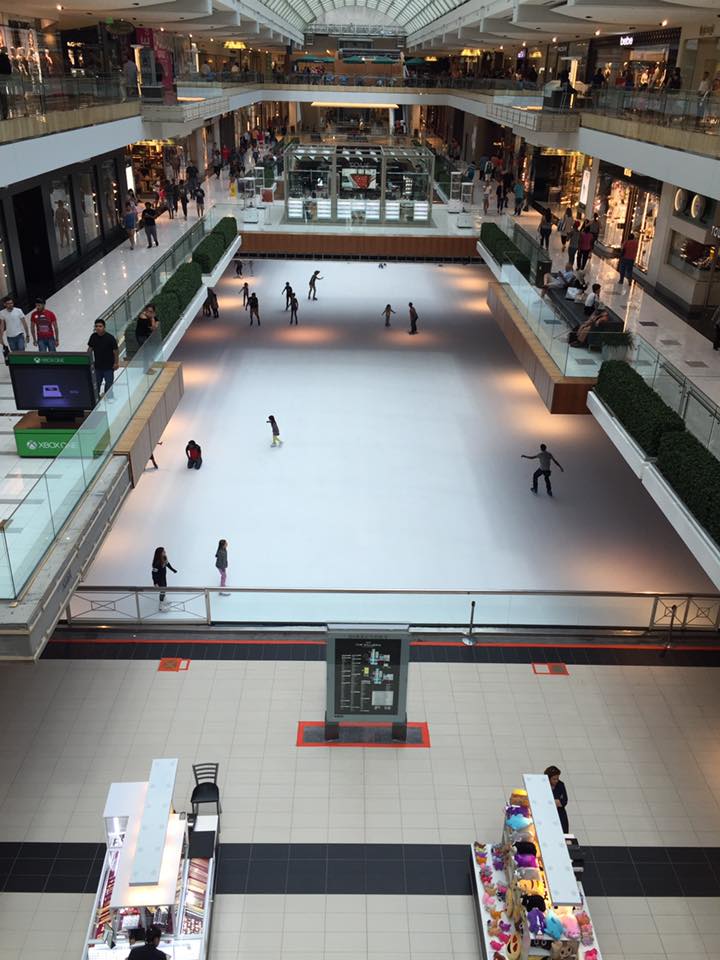 Eating alone not only lets you sit with your thoughts, but I ate at the bar, so there’s always a colorful character or two to get to know. At the very least, the bartender is always good company – it’s his job to be personable.

After spending some in Houston, it was time to pack up and move on to the next city. I found my next Airbnb, which was smaller and the owner was not home very much. A nice break considering what I just came from.

I always heard about how cool and eclectic Austin was, and quite frankly, I didn’t think it was going to be much different that the lovely experience I had in the neighboring city. I was wrong.

Austin is a little dream. 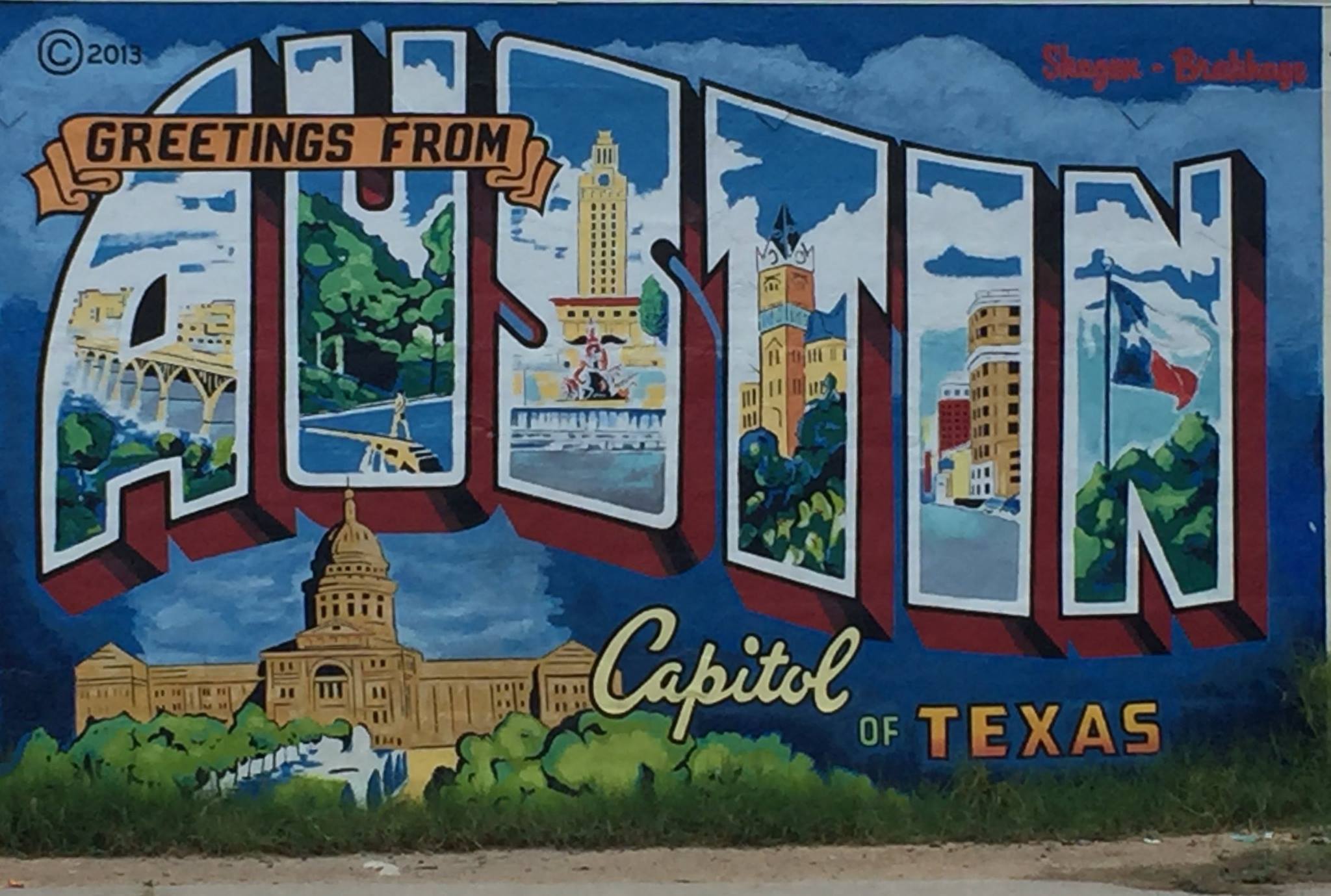 I never knew I could have so much fun being alone.

It felt so freeing and relaxing to call all the shots and make all the decisions. No back and forth about what another person might want to eat or do.

I did the standard tourist thing and hopped on an Austin tour – I wanted to know about all of the kooky things that makes Austin what it is. If you ever go to the city, I suggest you do that if you won’t be spending a lot of time there. I was only there two days so I wouldn’t have learned all that I did without doing that tour.

I visited so many restaurants and little dive places, you would have thought I were there an entire week. 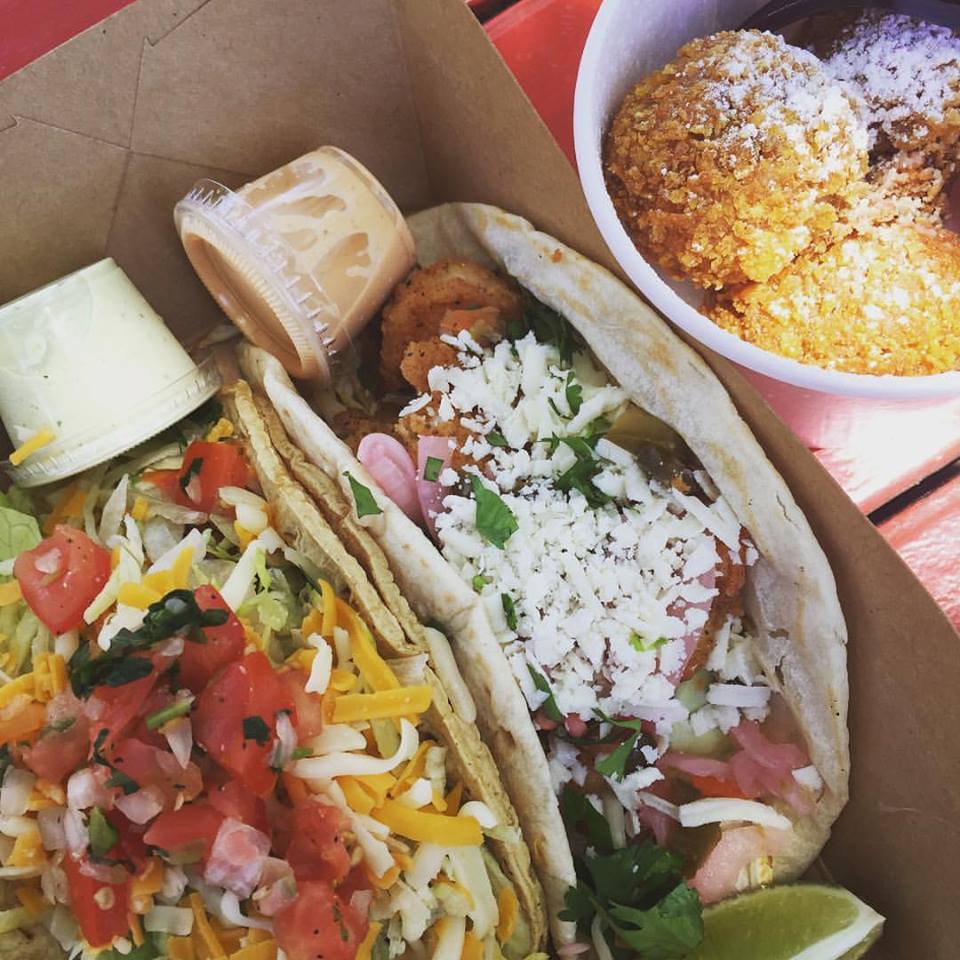 The Granny’s Pie doughnut at Gourdough’s Donuts (there is a doughnut under there): 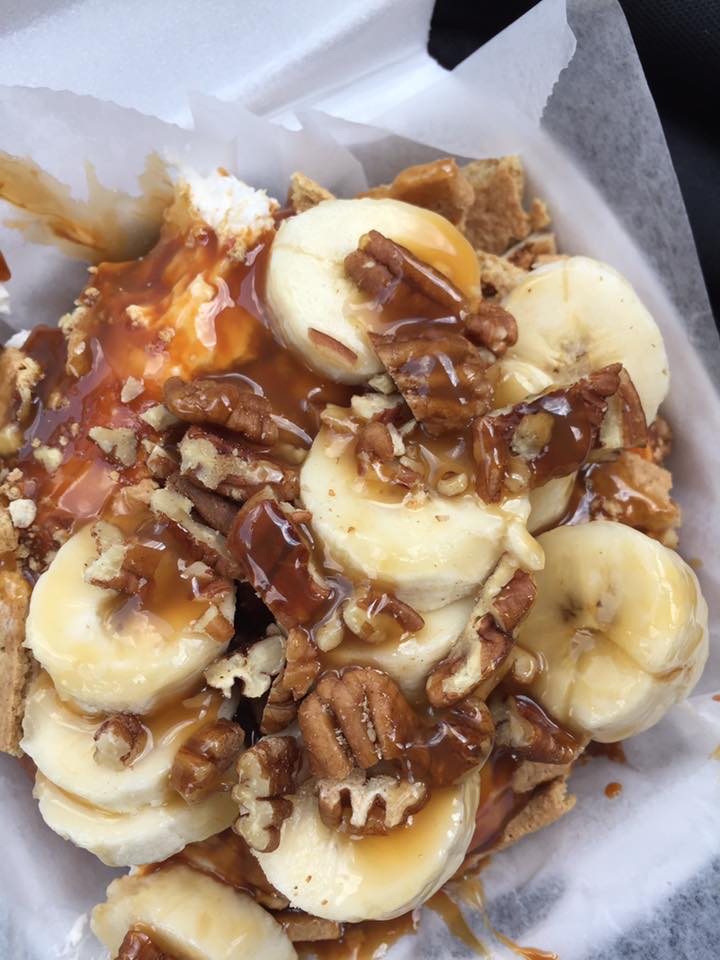 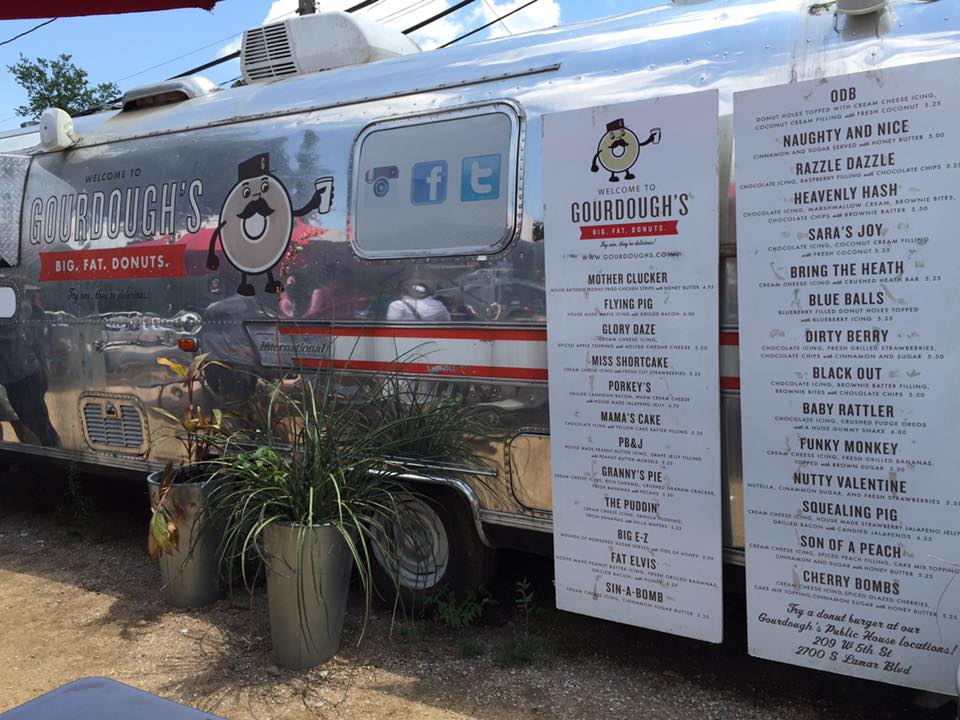 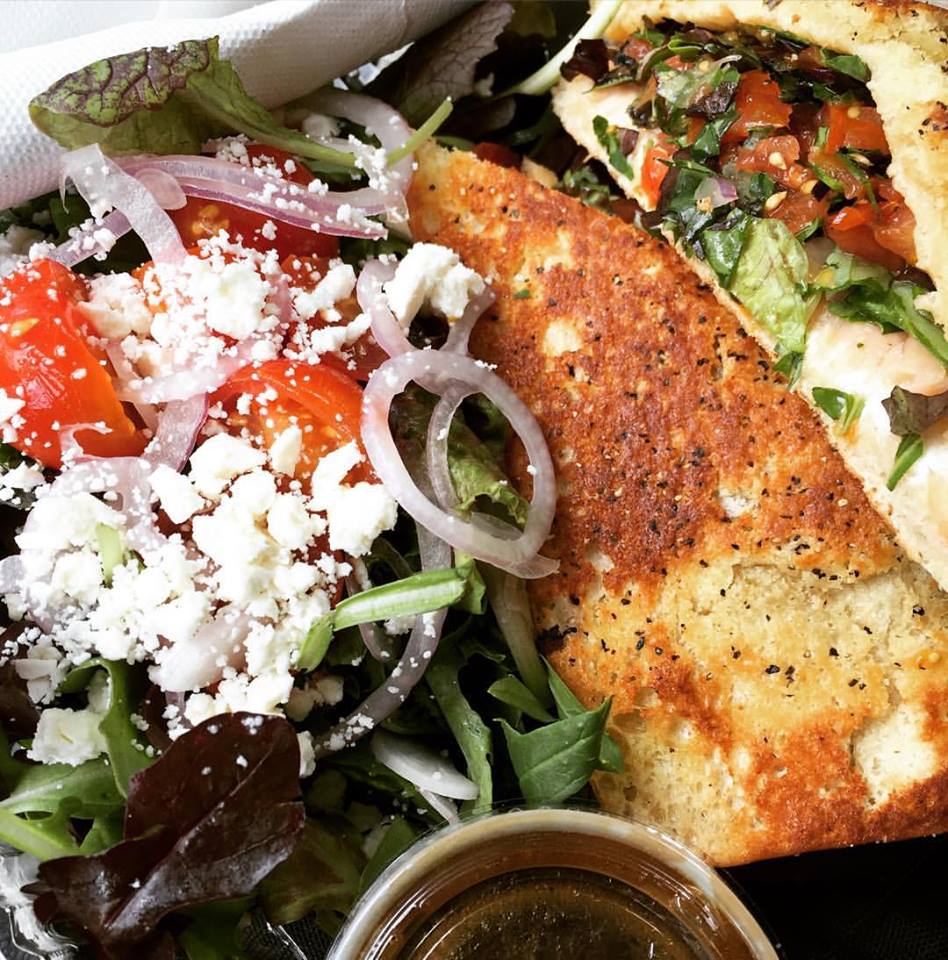 And those are just what I took pictures of. I did have BBQ – cause when in Texas. Not sure where I put it all. The food was absolutely delicious.

Aside from the food, I found time to sightsee and headed to Lady Bird Lake, Barton Springs and Hope Outdoor Galleria: 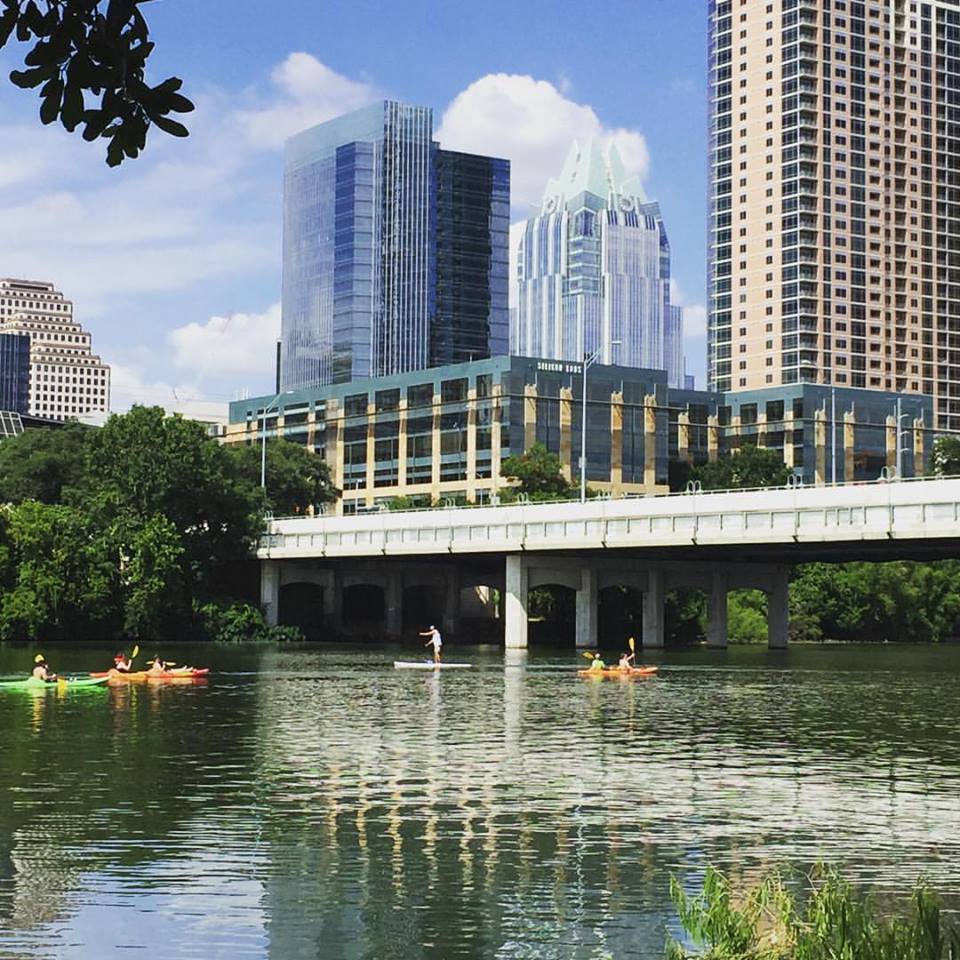 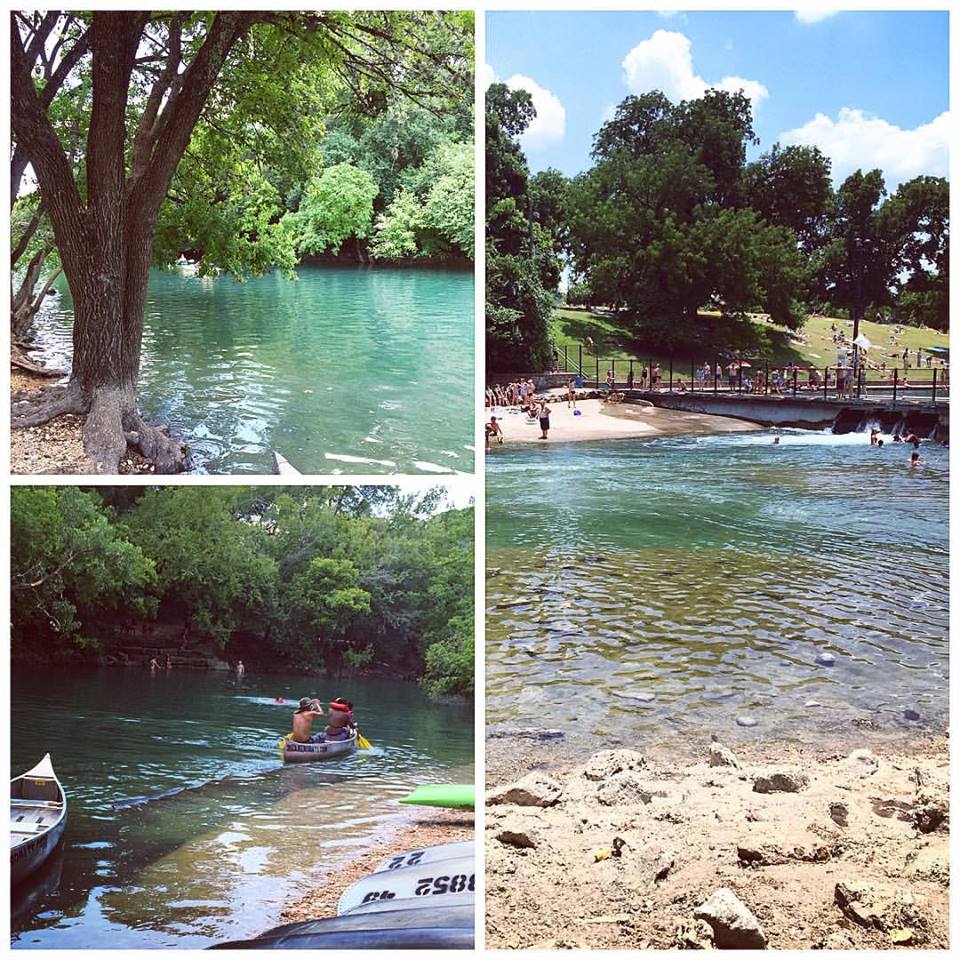 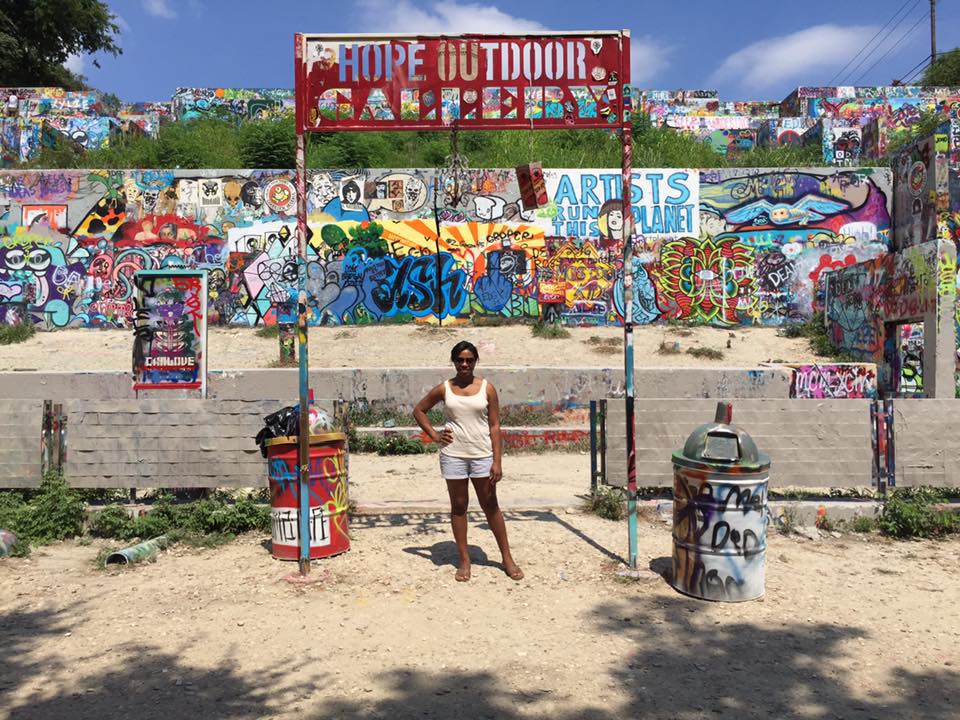 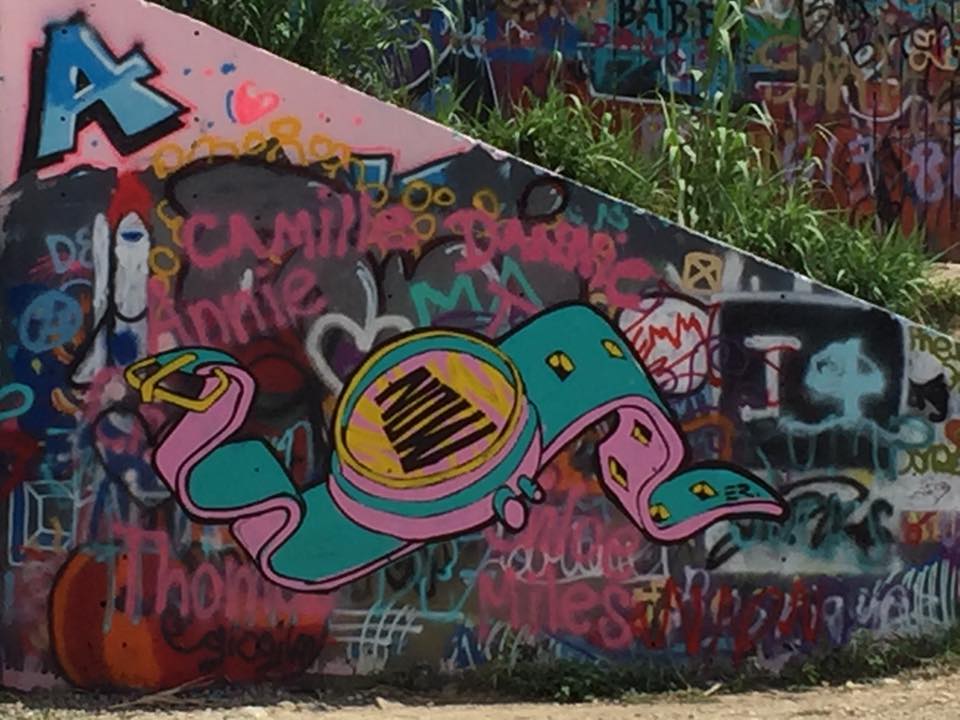 I’m not sure if anyone in Austin actually works since this was the middle of the week and midday and there were people everywhere.

The real test of my solo adventure was going out at night. Nothing will test your social skills more than putting yourself out there and talking to strangers. So, I headed out to The Continental Club and I also stumbled upon the rooftop bar at Speakeasy. 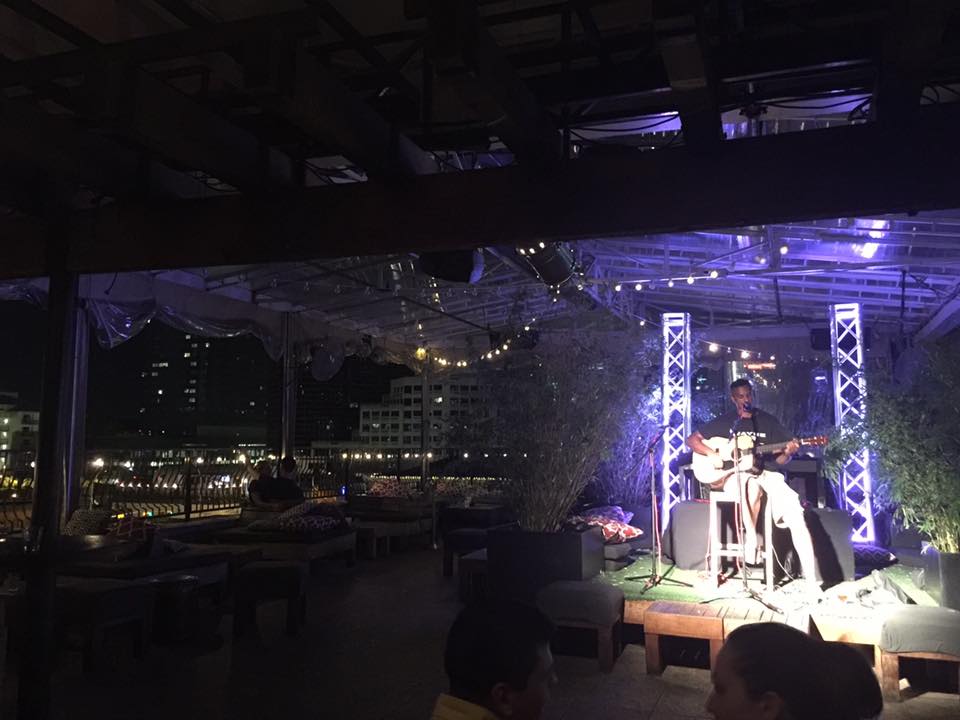 I came away from both of these places with new found friends, (and of course we would never speak again, but I got a couple new Facebook connections), and the realization that solo travel wasn’t so hard. I never thought I could go “out” for entertainment alone and actually have a great time.

I even got to meet up with a couple of friends along the way, which goes to show that the connections you make over the years can always stand the test of time and when you think you are in a new city all alone, chances are, you probably know someone nearby. 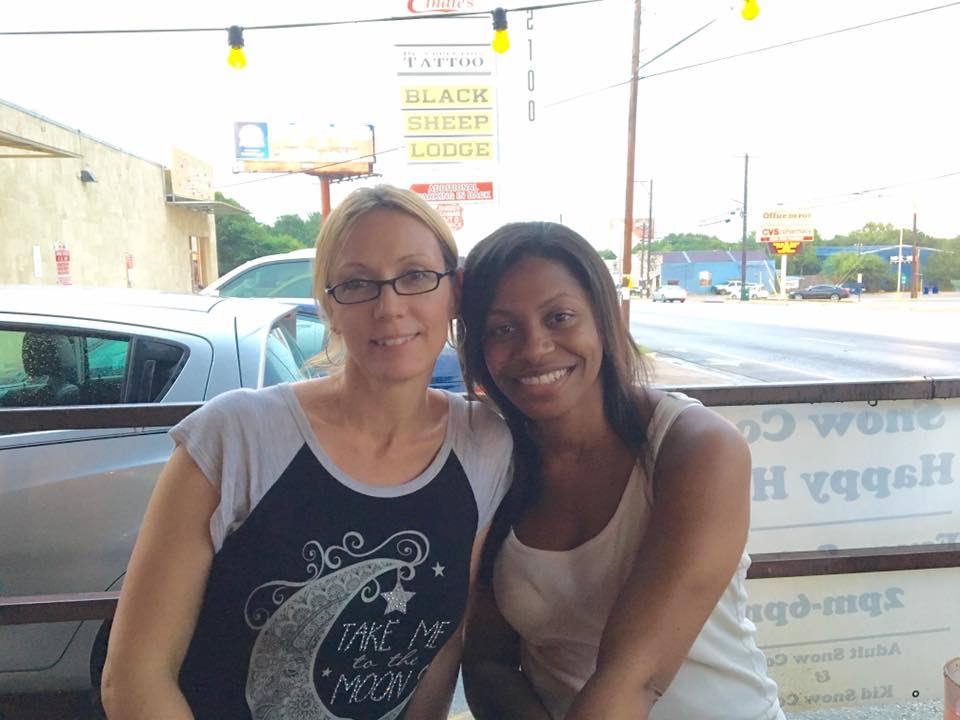 Oh and of course, I couldn’t escape without a taste of Austin traffic, the by product of a small city growing too fast (yes, that is definitely a zero on my speedometer): 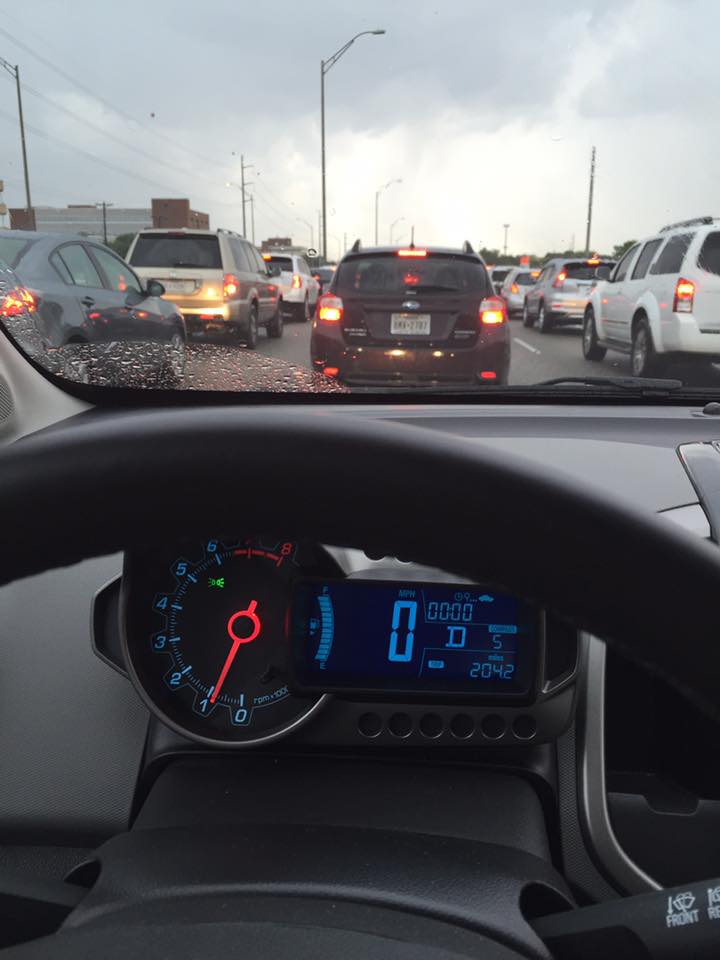 So what did this trip teach me?

A lot of these pictures went up on my social media accounts as I was there, and I posted some video from the Continental Club. My friends would even chime in with suggestions of where to go and what to eat. So even though I was technically alone, I still had familiar comfort with the internet.

When was the last time you took a solo vacation and what did you learn? Tell me about it in the comments.

Also, if you have some things you want to try but not sure where to start, try my Bucket List Challenge to get some ideas flowing.

I’ll meet you on your next solo trip! Automate. Delegate. Get it off your plate!
Six different resources to help you increase your personal productivity!

Get It Free Now